As we speed through March and quickly approach the month of April, sports enthusiasts all across this great nation look forward to the unofficial national holiday of baseball season’s “Opening Day.” Regardless of what the calendar or some Pennsylvania groundhog might declare, baseball fans generally regard Opening Day as the first “official” day of Spring, providing a sense of hope and rebirth while casting aside the disappointment of the previous season to start anew. Every team begins with a clean slate, posting a record of 0-0 with an equal opportunity of hoisting that coveted Commissioner’s Trophy in October. 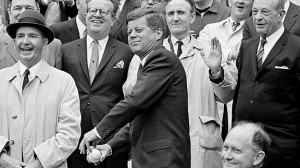 Beginning with William Howard Taft throwing the ceremonial first pitch on Opening Day in 1910, America’s Commander In Chief and its national pastime have become an unshakable partnership. Eleven Presidents since Taft have marked the official opening of baseball season with varying results. In 1940, President Franklin Delano Roosevelt, a seasoned veteran at throwing the first pitch, provided a moment of comedy when his pitch sailed wildly off target and smashed the camera of Washington Post photographer Irving Schlossenberg. Ten years later, President Harry S. Truman wowed the stadium crowd by displaying his ambidextrous abilities and throwing two first pitches, one with each hand. In 1962, JFK threw the ceremonial pitch to open the new District of Columbia Stadium, renamed Robert F. Kennedy Stadium in 1969 after his brother’s assassination. With the exodus of the Washington Senators to Texas, President Richard Nixon traveled to his home state of California in 1973 to deliver the pitch at Anaheim Stadium, becoming the first President to open a new season outside the nation’s capital. In ’84, Ronald Reagan delivered a strike and then watched the game from the dugout, the first President ever to do so. And in 1993, President Clinton became the first to leave the security of the Secret Service and take the mound to throw his pitch. 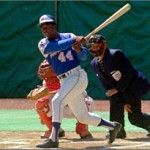 Opening Day has had its share of historic moments. In 1901, the Detroit Tigers opened the season by rallying from a 13-4 deficit to defeat the Milwaukee Brewers 14-13. In 1923, Yankee Stadium opened its doors with a 4-1 victory over the Red Sox behind a third-inning Babe Ruth homer, starting the legend of “The House That Ruth Built.” In 1940, Bob Feller opened the new season by tossing a no-hitter against the White Sox; he would lead the league in wins, ERA, complete games and strikeouts that year. Of course there’s 1947, when Jackie Robinson trotted to first base at Ebbets field and broke baseball’s long-standing color barrier. And in 1974, Hank Aaron stepped to the plate in Cincinnati and delivered a first-inning round tripper, his 714th career dinger, tying him with Babe Ruth for career home runs.

Off To A Fast Start 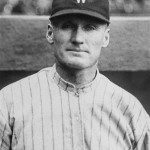 While George Bell, Tuffy Rhodes, and Dmitri Young all share the title of smashing three home runs in the season opener, several notable ballplayers have a track record of excellence in the season’s premier contest. Ted Williams had a lifetime .449 batting average in fourteen opening contests with at least one hit in every game. Frank Robinson and Ken Griffey Jr. have hit eight Opening Day round-trippers with Willie Mays and Eddie Mathews right behind at seven. Jimmy Key holds a perfect 7-0 record on the mound in season openers with Greg Maddux at 6-0. But perhaps the best performer on Opening Day is the great Walter Johnson, who hurled nine shutouts in fourteen career starts.

Whichever team you root for you can celebrate that on this day, your team is tied for first place. So sit back, relax, and take in another great baseball season. And if you’re suddenly feeling a little under the weather, you might want to take the day off and rest. Studies have shown that a little fresh air, a hot dog and a few beers can do wonders!