Many self-proclaimed experts have had this debate before, which usually results in a heated discussion if any form of alcohol becomes involved. But the issue always conjures up an entertaining point-counterpoint that sports enthusiasts can’t help but engage in; What was the single greatest performance by any athlete in the four major sports (baseball, football, basketball, hockey) over the course of a full season? Let’s preface the discussion with the notion that “greatest performance” need not be driven by record-breaking statistics since each of the games have changed over time. In this scenario, “greatest performance” is directed by the level of dominance the athlete displayed over his contemporaries during a particular season. We’ve done historical studies, crunched the numbers, ran performance metrics through NASA supercomputers at Cal Tech (no, not really), and here are the 3 finalists: 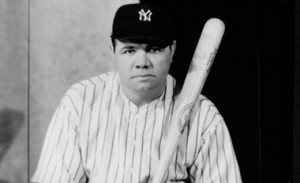 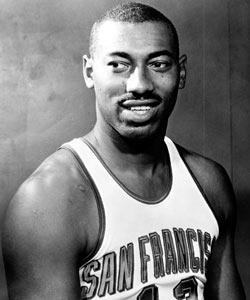 Known for his great passing ability in the latter stages of his career, Wilt Chamberlain’s early years were an all-out scoring assault on the NBA record book, obliterating career marks on an annual basis. His 1961-1962 statistics are ridiculous and read as a collection of virtually unmatchable accomplishments. Putting up over 50 points per game on an average of nearly 40 shots taken, Chamberlain bested second place scorer Walt Bellamy 50.4 to 31.6 and outrebounded Bill Russell 25.7 to 23.6 while playing virtually every minute of every game, including several double and triple overtime games. Chamberlain owns four of the top five point-scoring performances in NBA history, his 4,029 point ’61 season more than 400 points higher than the next best total, which was “The Big Dipper’s” 1962 season, and almost 1,000 points higher than the only other player in NBA history to eclipse the 3,000 point mark, Michael Jordan. 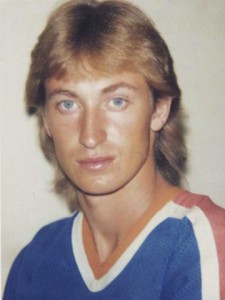 Just like “Wilt the Stilt” in basketball, “The Great One” tallied unprecedented statistics on a yearly basis. While Wayne Gretzky owns the top five performances in NHL history and any of them could be touted for the top spot, his 1983-1984 season stands as the most dominant. Though not his personal best statistically due to missing six games, Gretzky distanced himself for titles in Goals (87 to 56 – Michel Goulet), Assists (118 to 86 – Paul Coffey) and Total Points (205 to 126 – Coffey) while leading the league in even strength goals, power play goals, shorthanded goals, plus/minus, and shooting percentage … but he was only second in the NHL in shots taken. Gretzky averaged an unbelievable 2.77 points per game, a full point per game over teammate Jari Kurri, in second place at 1.77 points per game, while leading Edmonton to its first of four Stanley Cup Championships in a five year span.

So who’s it gonna be? Which of our three finalists can claim the title of greatest individual season in sports history? Clearly a case can be made for any one of these icons, each of which posted performances that are nothing short of incredible. But with all things considered, we’ve concluded that the most dominant seasonal performance in the history of professional sports goes to … Babe Ruth, 1921!